Provo’s senior standout receiver, cornerback and return man, Ben Myles-Mills, has committed to play at the University of Utah this upcoming season.

Ben completed his senior season with 19 total touchdowns (7 rushing, 10 receiving, 2 kick returns).  Ben completed the year with 1455 total yards averaging 145.5 yards per game.  Ben was a threat to score regardless of where he lined up on the field.  Ben recorded the teams longest rush, pass received and return.

Equally impressive was Ben’s contribution on defense.  Many opposing teams made it a point to throw away from Ben in fear of his big play ability.  He ended up with 32 tackles, 1 sack and 1 interception.

Ben’s efforts earned him 1st team All-Region 8 and Honorable Mention All-State.  Ben signed his letter of intent yesterday at a his home surrounded by his family, coaches, teammates and friends. 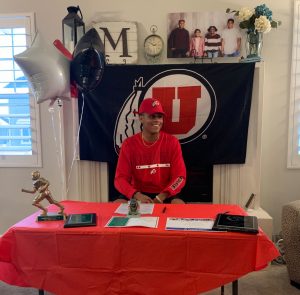 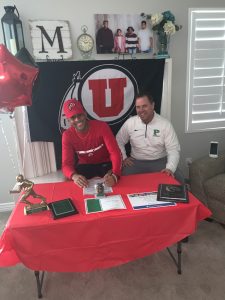 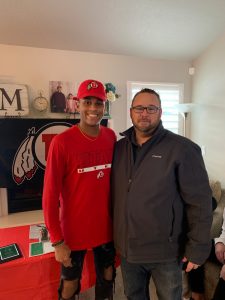