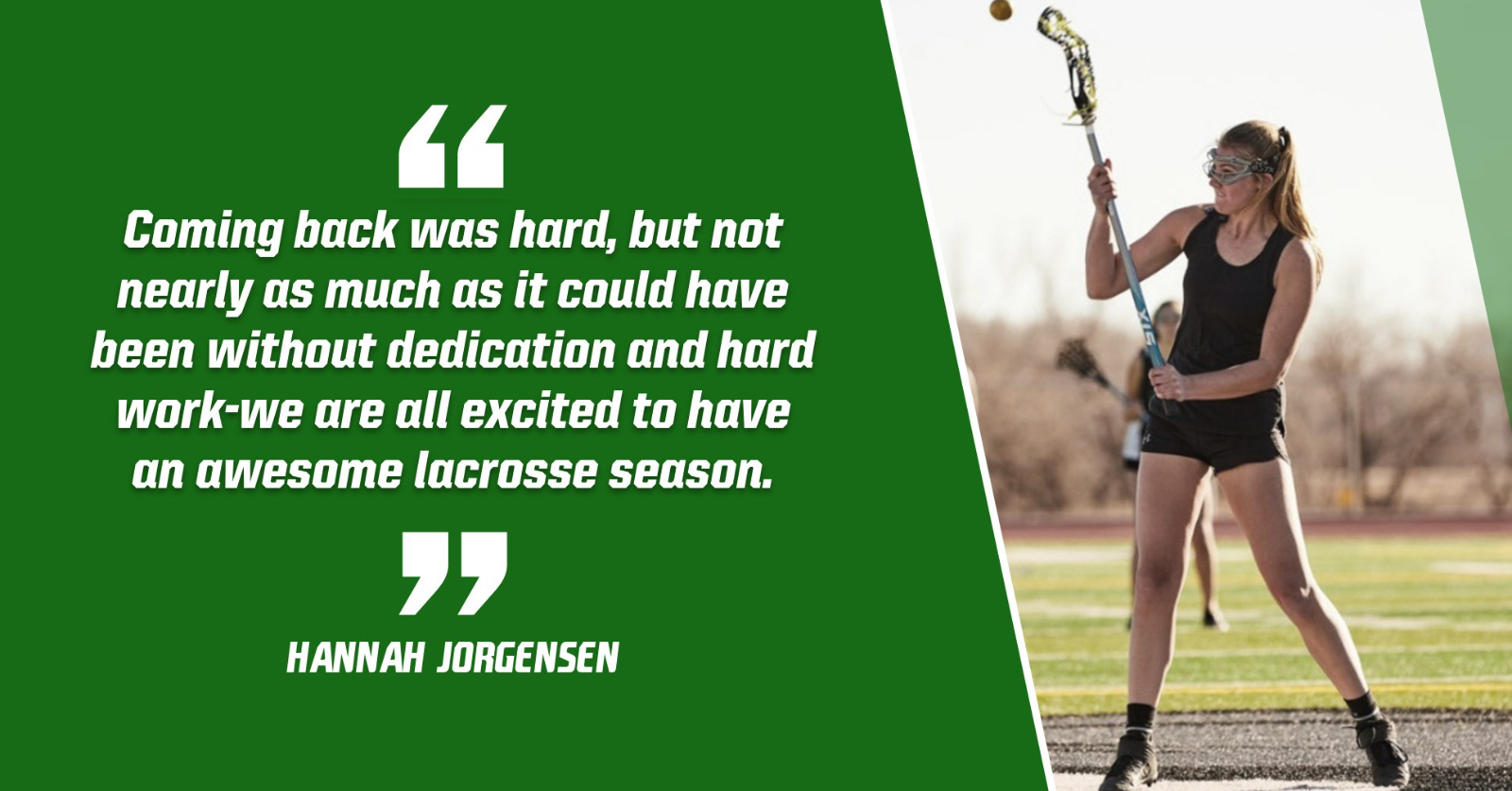 How excited are you to play Lacrosse this season? Specifically, what excites for the rest of this year?

“What makes this season special is that last season got cut short after only one game. So essentially all of our preparation from the previous months was wasted as we shut down for COVID-19. I’m super excited about lacrosse this year to start putting all our work to the test against an awesome region”

What do you love about playing Lacrosse? How long have you played for?

“A couple things; First of all, it’s all brand new and it’s been super fun to start up this program with coach Jensen, and constantly learn new things about the game. Along the same lines, it’s very fun and low pressure because everyone is new! I started playing in November before the pandemic and put in a lot of time over the winter and leading up to tryouts. I actually took to it pretty fast and was having lots of fun, so after the shut down, I participated in a summer league and the next fall as well. So I  guess that would make it almost a year and a half that I’ve played lacrosse.”

What is to be expected out of Provo High Lacrosse this season?

“Even though we are a super new team, most of our region is also starting up. Right now we’ve already got a few wins under our belt and we’re learning lots through the losses. I think against the other new teams, we are doing really well as a whole and we’ve got a good chance at getting pretty far in the tournament.”

What personal and team preparation is being taken for this year?

“Personally, my preparation leading up to open field consisted of lots of running and wall ball for stickwork. As a team we did open fields several times and did a lot of recruiting to create some depth, which ended up paying off when we had more people show up to tryouts than we expected.”

Any goals the team is working towards this season? In what ways are teamwork going to play into this seasons games?

“I’m going to answer the next two questions in one… one specific thing we are constantly working on in every game is teamwork. That consists of communication, patience, and a whole lot of trust in each other to make good passes and catches at critical moments. This applies on both ends of the field. Since I play midfield, I get the opportunity to work with both offense and defense and I’ve seen the difference that focusing on teamwork makes on the game.”

How is it going to be starting a new season after the pandemic last year?

“The pandemic was a huge blow to the progression of our lax program. However, we ended up pushing each other even harder as we were apart to keep working out and keep practicing stick work independently. Coming back was hard, but not nearly as much as it could have been without the girl’s dedication and hard work through the quarantine period. We are all excited to have an awesome experience with lax season!”