Provo High is excited to announce Chris DeMartini as the new golf coach.  Coach DeMartini graduated from Provo High in 1995 and went on to play golf at UVU.  Tryouts for the boys’ team will be held on Monday, August 7th at 10 AM at East Bay.  Those interested in trying out must register at 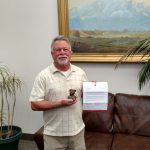 Congratulations to David Walker.  He was named the 2016 State Coach of the Year by the NFHS for his service as the Girls Golf coach.  Under Coach Walker’s tenure Provo High has won the state championship two of the last three years.  Provo’s ace golfer, Naomi Soifua, has won the individual title for the past

The Provo High School athletic administration is excited to announce that we will be partnering with Especially For Athletes.  To kick off this partnership we will be hosting an assembly for all student-athletes and their parents on October 17th at 7 P.M. in the main gym.  All student athletes need to be to this hour 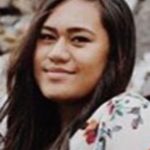 Congratulations to Naomi Soifua for winning her third straight individual state title.  After dealing with some tough conditions on Monday she ended up shooting par for the tournament which tied her for first place.  Naomi went on to win a tiebreaker on the 18th hole of Wasatch Mountain golf course.   Read about her big 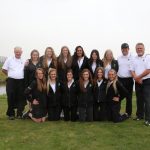 Provo Girls Golf Team won at Pebble Brook.  Provo beat Corner Canyon by 18 points for the win and the lead for first place in region.  Provo now leads the region by 8 points.  Once again, Naomi Soifua took the individual title with 87 points.

Congratulations to Naomi for being named to the MounatinStar Healthcare Star Athlete of the Week List.  Deseret News recognized Naomi for her efforts on the golf course.  Click here to read the article featuring Naomi: http://www.deseretnews.com/article/865652482/MountainStar-Healthcare-Star-Athletes-of-Week-35.html

Provo High girls pulled off another win by 2 points against Conner Canyon.  Provo scored 299 points while Corner Canyon came in with 297 points.  Naomi Soifua was the individual medalist for the day with 87 points.  Other team scores included Katie Sarkady with 73 points, Tyla Hunter with 71 points and Brenna Tyson with 68